The other weekend, I was fortunate enough to meet up with my mother, sister, brother, and sister-in-law (plus kids, of course). It has become a yearly tradition whereby we all meet at a certain point on Swansea beach on my late-sister’s birthday. We sit on her bench (which bears her name on a plaque that is beginning to tarnish), eat unhealthy beige picnic food (no greenery allowed), and celebrate her life. It’s always enjoyable to see everybody again, and I don’t know why we only do it annually, really. But life and location get in the way of keeping in touch with your family sometimes – or what is left of it.

Anyway, this blog isn’t about the way families become fractured – although I do need to write about that sometime. My brother and sister-in-law had kindly rescued three boxes crammed full of exercise books from my late-father’s house before it is given back to the council from whence it came. These exercise books were full of stories (intended for film and TV) I had written in my late childhood/early teens – something I did during every spare moment to escape from my childhood existence. So, it’s a lot of books. 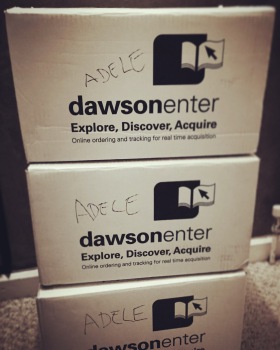 This is all well and good, but I don’t know quite what to do with these damn boxes. The huge temptation is to stuff them up in the loft with all the other paraphernalia of life that you can’t quite get rid of, but you’d really rather not deal with right now. Like a rowing machine: You were proud of it once, but you now know you should drag it down from the loft and take it to the recycling centre because it was bloody rubbish and only exercised your arms – not legs – and nobody uses home-rowing-machines anymore, but you simply can’t bring yourself to make that drastic decision just yet.

As we were thinking about setting off, to make our departure from Swansea beach, and the boxes had been duly handed over and stowed in the back of our car, my husband brazenly tore open a box and pulled out the uppermost book. He then proceeded to read a paragraph to the entire family standing there. I could have punched him in the face. Well, not really (I’m a pacifist and I wasn’t that angry), but I was a little mortified. I actually had to tell him to stop. Those books were written by a bygone me of a bygone era. Those books need to be carefully looked through when I am entirely alone, preferably after a stiff drink. And then, probably, burned.

Actually, I don’t know if they should be destroyed or kept as a memento of the beginnings of my ‘sort-of’ writing career. My husband says the books should all be scanned and stored onto ‘the cloud’ *heavenly music ensues*(and then destroyed, to save space). Which is a sensible plan, really. But the practicalities and logistics of actually sitting down to scan those never-ending pages could drive one to drink. And let’s face it, we’ve been saying we’d scan all our old photos too – to save space, and then destroy them – for about ten years. But we never get around to it. And why do we never get around to it? Because, as with most chores, we can’t be arsed. And those monotonous hours spent scanning are hours you will never get back. 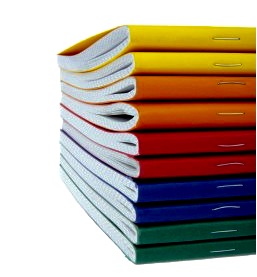 Nevertheless, those three heavy boxes are still sitting in my hallway, nagging at me every time I pass by to go to the toilet. I’m just not sure why I can’t face them; what I’m afraid of. Well, I do know why. Those books are going to be a big old steaming pile of crap. Of course they are. I was very young. The trouble is, most kids who write are a bit arrogant (well, I was); they think they are hugely talented writers and soon will be famous throughout the land as a bestselling author – which, of course, never happens. I wasn’t at all talented. But I believe I had the raw materials; it was the beginning, the seeds of something that became better. A craft that I had yet to learn (and am still leaning, I ain’t no Leo Tolstoy yet [see the flagrant misuse of ‘no’ and ‘ain’t’? Tolstoy would never have made rookie mistakes like that]).

I guess I’m just waiting for a quiet, rainy day when everybody else is out of the house, and there is nothing on Netflix that I particularly want to watch. And my sock drawer is already tidy. Then, I suppose, I could tear open the boxes. I’d like to think I will just look back at the childhood me and laugh at all my silly mistakes; poor spelling, overuse of words like ‘incredulous’, cheesy plot-lines, all that jazz. But I just have the expectation that the experience will be a cringe-worthy one. Yet, I MUST remember I was a child. I did the best I could with the tools and words and articulation I had available at the time.

Anyway, I haven’t psyched myself up to look in those boxes just yet. I will let you know when I do. Maybe I will write out a few excerpts from those steaming old piles of crap as a separate blog post. And we can all have a laugh at them together. Actually, you’ll probably be the ones laughing, I will just be vaguely humiliated. *sigh*

PS: Uh-oh…I just opened a box. It appears I even drew pictures. I think I’d been watching too much ‘Romancing the Stone’ at the time. Dear God…

PPS: I have never read Tolstoy’s ‘Anna Karenina’, and I’m thinking I am highly unlikely to. I imagine it’s mad-depressing.

PPPS: This blog is dedicated to Aimee, who told me in the coffee room I wasn’t allowed to give up blogging. Alright, Aimee, I shall try – just for you.

11 thoughts on “Outside the Box”