Now look, I realise I’ve been a bit, well…y’know…absent lately. And this blog isn’t an apology or a list of excuses…well, maybe it is a list of excuses. But there are reasons for my elusiveness. I’ve needed a bit of a break. I think I deserved one. I’ve been writing seriously; always writing, earnestly writing for two-and-a-half years (not to mention the less earnest years before that) . So I gave myself a writing hiatus – a little holiday. I sat around and read books for a change, and watched costume dramas on Netflix to my heart’s content. I enjoyed it. But I guess that break has to come to an end sometime, doesn’t it? It’s just, I’m finding it hard to want to start all over again. That’s what it feels like, starting again. However, I maintain I do NOT have writer’s block. Well, maybe I ought to go and look up the definition of the term first before I get all vehement and arsey about it. Hang on, I’ll get back to you….*consults Google*…

the condition of being unable to think of what to write or how to proceed with writing.

Oh…well, alright then, perhaps I do have writer’s block. I always felt it to be something people suffered with whilst already in the process of writing, and the ‘block’ came because of difficulties in narrative or character development. But obviously it can also mean the inability to get started – and I just can’t get started. At all. It’s a condition I have never suffered with in my entire life – until now. The only problem I ever had in the past was finding a way to steel the time to write. But up until this year, I always had a purpose. Now, I feel I don’t. You see, I’ve hit a bit of a wall as far as writing is concerned. There is no new book on the horizon – not even the ghost of one. And this blog has also suffered from my lack of creative inspiration. And I’m not sure why that is. 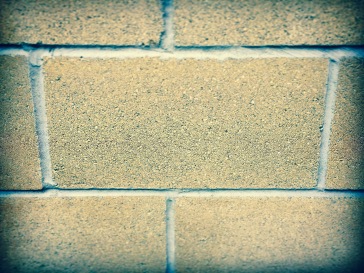 Everything seemed to grind to a halt when I finished my trilogy. There was never any intention to stop writing entirely, but the trilogy was done and published – I’d finally achieved what I had originally set out to do. And do you know what? I secretly knew this would happen. I tried to keep my mind off the inevitable whilst still in the process of finishing the International Relations saga. I told myself when my mind was freed up from my last set of novels, new ideas would start flowing because the old project would be closed. But that just hasn’t transpired. I have merely been struck with an overwhelming feeling of, ‘I just don’t feel like it’. I have written a few blogs since, when something fuels my interest (mind you, this one took about a month to get around to completing [I know, it’s not even that good]). But unlike some more fortunate bloggers, I’m just not that great at writing about ‘nothing in particular’. I need an insightful (hopefully) or poignant (possibly) message in my head that I must convey, or I literally can’t do it. It’s a cross I have to bear.

Blog-wise, there are always ideas drifting around my mind, but I often feel a bit stifled by what I feel permitted to write about. I hate being creatively restricted, and yet I am. There are many things that I want to say, but don’t feel free to say. Perhaps I’m being too cryptic, but you can’t just write about anything you want. You just can’t. The trouble is, I’m a painfully honest blogger, as they go. I’ll spill my guts about anything – up to a point.

I have not been entirely redundant as far as writing goes. I have recently finished re-editing and re-formatting my trilogy – y’know, finally got around to doing things like putting those fun drop-capitals into the beginning of chapters in the paperbacks (I couldn’t make that work before – when it comes to formatting/uploading eBooks and paperbacks, you live and you learn). I felt the desire to go through the series one last time (it had better be the last time; I need this chapter [see what I did there?] to be over). I have changed so immeasurably as a writer over the last two-and-a-half years that the books had to change somewhat too to reflect that. But maybe I’ve partly been trying to avoid the next big step that I know must be made.

My husband has recently suggested we write a ‘made-for-TV’ screenplay together. Not that I know how to go about that. We’ve downloaded a screenwriting template, but the whole template strikes me as a bit clunky. And I just can’t see how your writing can really flow or be creative when writing within that restricted format. All that descriptive work required in a novel – suddenly virtually redundant. Can I really make that transition after decades of writing books? And writing as a team? Hmmm…I’ve literally no idea how that is supposed to work. I certainly need a kick up the arse, and maybe that kick may need to come from an external leg. But remember, I’ve been writing as a solo venture…well…forever. I don’t know how to write as a team. How do you decide who writes for which character? How do you relinquish control over the narrative and learn to share? Really, dear reader (if you happen to be a writer), have you ever written with another person? How does that pan-out logistically? And how can that ever compare to escaping up to your room, getting away from it all to write a book? Where does the escapism come in? It just sounds like…work.

To be fair, it isn’t as though I’ve actually sat down and attempted to write something new. I really haven’t even tried. Perhaps this is just that ‘difficult second album’ scenario. Perhaps if I did fire up the laptop and create a fresh, blank document, ideas would suddenly flow. But I don’t know what the aim is. I don’t know where to start or where I’m going. I haven’t even got a genre or any kind of story-arc or loose plan – maybe there’s a lead protagonist – but nothing else. 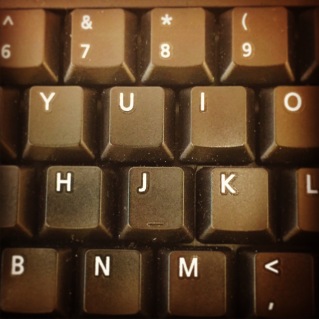 Maybe I only ever had that one trilogy in me. I had one plan; that was the book I wanted to write, and now it’s done. Maybe it was just another thing to tick off the bucket list. Maybe ‘being a writer’ was never the real intention. And maybe the blog was just an extension of the book. Maybe without the book, the blog can’t exist either. I just don’t know anymore. Perhaps it’s for the best. When I was writing seriously, I was always a little bit absent in all the other areas of my life. I had one foot in those camps, but the other was always firmly placed in writing, and finishing that project. Nothing else had my full attention. Nothing. Perhaps if I stop this pretence of being an author, I can be a bit more present in reality. Escapism is great and all, but you can’t exist there. Let’s face it, my reality needs attention too.

All I can say for sure is that I need to try to write before I have decided that I won’t be doing this anymore. The kids are on school summer holidays right now; my day off (formally reserved for writing) is no longer my own, so I have little time to myself. My writing hiatus may have to continue for a few more weeks. But once they’re back at school, I will fire up that laptop. I will see if that blank page before me wants to be filled. And if it doesn’t, I shall let you know. If it does, however, I will also let you know. Trust me, I shall be shouting it from the rooftops.

NB: If writer’s block has ever hindered you, perhaps share in the comments below how you got over it. I could sure use some advice.

21 thoughts on “Chipping off the Block”