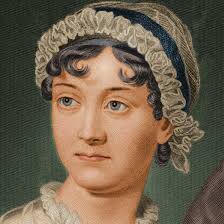 Before today, I have never written a book review blog. And after today, you will probably beg me never to write one again. But I thought it might be a bit of fun to turn my hand to this – in my own leaves-a-lot-to-be-desired style. This blog has always been loosely based around the comings and goings of my daily life, and I’ve been doing a lot of reading lately – since actually writing something seems to be off the menu. Anyway, let’s just say I felt inspired to write a book review. So there.

I’ve been reading an awful lot of self-published authors in the last few months, but I’m also re-reading some of the classics. Currently, I am making inroads into Jane Austen’s ‘Mansfield Park’. But I’ve read it before (and seen the TV adaptation), so I feel well qualified on the subject if you’re in the mood to challenge my views (which, like I say, are well qualified). It’s not one of Jane Austen’s most beloved books (and there’s a reason for that), but it has its merits and charm, I suppose…

Okay, so before I start, I realise some of you may never have read ‘Mansfield Park’, so below is a brief synopsis I stole off the internet – because I can’t be arsed to write my own books’ blurbs, let alone anyone else’s. Mind you, I’ve had to ‘fill it out’ a bit because it wasn’t a terribly thorough synopsis.

‘Fanny Price, born into a poor family, is sent away to live with wealthy uncle, Sir Thomas Bertrum, his wife and their four children, where she’ll be brought up for a proper introduction to society. She is treated unfavourably by her relatives, except for her cousin, Edmund, whom she grows fond of. However, Fanny’s life is thrown into disarray with the arrival of worldly (and slightly horrible) Mary Crawford and her brother, flirtatious Henry Crawford – who has dubious designs on Fanny. Meanwhile, her true love, Cousin Edmund (are you allowed to fancy your cousin?), courts Henry’s beautiful, clever (if a bit devious) sister, Mary – much to Fanny’s misery.’

First and foremost, I have to say it’s really difficult to come to terms with our lead protagonist’s name. I mean, it wasn’t Jane Austen’s fault – Fanny was once a real name in its own right in Georgian society. But Austen would be turning in her grave if she found out the murky depths into which the word has fallen – especially in England. Anyway, I won’t labour the point. The female lead is called Fanny; you just have to get over it. And I won’t tell you how this story turns out, exactly, although you can probably derive the ending. Boy meets girl, boy meets another prettier girl, boy (who is normally pleasant) turns out to be a bit shallow, boy finally realises first girl was much nicer than second girl (who was clearly a bloody mercenary character to anybody with half a brain). You know the drill. Look, it’s a Jane Austen novel, and everything turns out okay in the end. But I can’t help feeling that I’ve been left with a bitter taste in my mouth.

I want to like Fanny (Price), I really do. She’s our heroine; she is much put-upon and ill-treated, she’s a harmless character who deserves better. But I couldn’t help wanting to give the girl a shake and a bit of a slap, and tell her, ‘Get a grip, love!’, and, ‘Never play second-fiddle to anyone!’. Edmund, her true love since childhood, clearly behaves like a complete tit for a good three-quarters of the book, but when he finally comes around and see’s the light; see’s Mary Crawford for who she really is, see’s what the reader has seen from page one, you can’t help thinking, ‘Well, well, well, sonny-Jim. It’s too little too late, Edmund! Tell him to sling his hook, Fanny!’. But Fanny, who has always considered herself his inferior throughout the novel, who keeps going on about how Edmund ‘shaped her mind’, is just supposed to accept this belated turnaround in his behaviour? She’s expected to swallow her pride? All is forgiven, is it? Err…well, yes…apparently. But I can’t help thinking, where was her backbone…? I’ve never really been fond of this kind of story-line. I’ve never really been comfortable when the person you’re supposed to be rooting for has to play second-best right up until the last minute – when you and I would say, ‘screw that for a game of marbles.’ 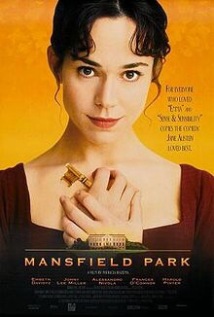 Not seen this movie…

There are other things going on; a bit of seduction amongst Fanny’s cousins, improper relationships, broken engagements, even an undercurrent of the slave trade in Sir Thomas’ business in Antigua. But I’ll let you find all that out for yourself. It’s just I can’t help feeling this wasn’t one of Jane Austen’s best. We have become used to feisty, lively, intelligent, before-their-time female leads like Elizabeth Bennett and Emma Woodhouse – and Fanny just doesn’t live up to that high standard. She’s too down-at-heel (if you like strong female leads). But then, Austen couldn’t just keep rehashing the same headstrong lead heroines again and again. I get that. And times were different back then, I guess.

Anyway, on the whole, I enjoyed the book. I probably wouldn’t have read it twice (and seen the TV adaptation) if I didn’t. However, it may be more of a case that I just love Jane Austen, and (unfortunately for her and us) she didn’t live long enough to write as many books as we’d have liked – to sate our appetites. So we devour all the books we have available again and again – well, I do. I mean, ‘Emma’ and ‘Pride and Prejudice’ are untouchable. Say anything negative about those books and I’ll come around your house and fight you. Jane Austen can be proud of that; she can stop spinning in her grave about the ‘Fanny’ thing – two amazing books in such a short career ain’t bad. I’d be super chuffed with that track record. So, ‘Mansfield Park’ will irritate you slightly, yes, but it will hold your attention, and it all comes out in the wash – as my mother would say. And it’s way better than ‘Northanger Abbey’, which is rubbish. Yes, I said it, rubbish. Come around my house and fight me, if you must.

NB: Sorry, I’ve just realised I did tell you what happens at the end of ‘Mansfield Park’. This is why I don’t normally review books. But to be fair, this book is over 200 years old, so you’ve had plenty of time to avoid spoilers. Anyway, my bad.

13 thoughts on “When Archer met Austen: A Review of Mansfield Park”