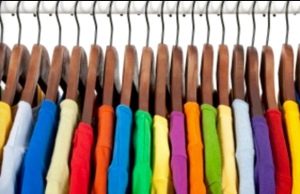 I think there’s a problem. I think I’ve been wired incorrectly. I’ve come back from an afternoon of clothes shopping and my other-half is laden with bags (like the scene from Pretty Woman when Julia Roberts proudly struts around bearing full bags and boxes of items from designer stores which had previously shunned her [but he’s not a prostitute]) whilst I am empty handed. And this is the norm for us. Because I do loath clothes shopping and I always have; sifting through rails and rails of nondescript garments, too apathetic to attempt to try any of the overpriced threads on – it’s intolerable. I’ve had girl-friends suggest a ‘fun’ day of shopping only for me to conjure up excuses for why I can’t make it; an outbreak of boils, crippling agoraphobia. The actual truth is too shameful. I’m supposed to love this crap! And I’m not that fussed about shoes either and popular culture insists that ALL women are supposed to be. Unless we’re talking about Converse, Havianas or Birkenstocks that is (because I live in those), but I’ve certainly no interest in heels…
And what’s more, even if I did have a penchant for clothes shopping, high-street stores have this annoying habit of placing all the women’s clothing upstairs…UPSTAIRS…(one would imagine to tempt the hapless shopper further into the shop). Do they think I’m some kind of chump? I couldn’t be arsed to browse the garments on the ground floor, so I’m certainly not going up the sodding stairs to do it! And don’t think an escalator will sweeten the deal, because it won’t!
But I do seem to have an oddly enlarged Adam’s apple for a girl, so maybe this explains it..? So if I’m accompanying you shopping and if you want my opinion on a cute little trouser-suit, I’ll be in the pub.

One thought on “Not a Real Girl”