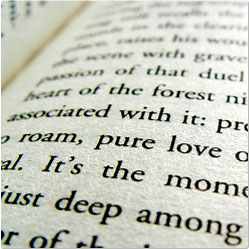 I was in two minds about writing this post. It wasn’t a terribly palatable thing to write about (not for a would-be writer). The trouble is, I am compelled to jot down what I see in my world around me; my reality. I mean, it isn’t the law – nobody will shoot me in the head if I don’t record every little thing that occurs. But I feel it’s my duty to document these things. Plus, I needed something to write about…because it’s Saturday. Y’know, ‘blog day’ waits for no man. Or woman…

When you write a book, which I once did in a distant past, you can’t just publish it and lie back on your chaise longue eating grapes for the rest of your life (I’ve tried). Self-published and published authors alike need to get out there in the virtual world and…y’know, mix a bit. Therefore, over the months I have built up an impressively large network in the writing community. The writer me, Adele, is everywhere; Facebook, Google Plus, Twitter (and lots of other places that don’t really help to drive traffic to the blog, so I frequent them less). The writer me is annoyingly prevalent. I annoy myself with my shameless publicising, anyway. However, ninety-five percent of those social media friends I have made along the way, I’ve never met. Some I converse with, some I don’t. I’m making it sound like it’s a distasteful process, but that’s not true; I enjoy it. I enjoy the camaraderie. Some of those social media friends I would very happily go down the pub with. And writing can be a lonely business – it’s nice to know we are all in the same boat. But we are all writers who can’t give up the day job, touting our wares on the social circuit. Or perhaps I should just speak for myself. Anyway, I should cut to the chase. It’s about time. Very recently, across my social media patch (and even though it’s a small patch, it encompasses writers from every corner of the globe), one writer accused another writer of stealing and publishing his and many others’ stories. I know, yikes.

Plagiarism is a terrible thing. I do not make light of it. There’s just no defence for it. Writing is hard work; it’s an art form and you either get it very right or you get it very wrong (like I often do). But the creation you’ve made is yours – even if it’s crap. Plagiarism is theft. But this post isn’t really about the details of that unsavoury occurrence; who did what to whom. It’s not my place (unfortunately the evidence was pretty damning, so it looks as though some form of plagiarism went on). It just made me stop and think. So what I really want to discuss is ‘why?’. Why would one person want to take the words from the imagination of another? What sense of personal achievement and pride could one possibly take from passing off another’s work as one’s own?

Personally, it’s something I could never even contemplate doing for a multitude of reasons. A) The writing community is very small and you’d inevitably get caught. B) Writing is about giving of yourself; tentatively offering your fictional or non-fictional story to a world that may or may not actually want to read it. C) There’s no money in writing. Trust me, I know. I couldn’t even buy a nice pair of shoes with what I’ve made so far. Even brilliant writers make no money – only the lucky few do. So what I’m saying is, there’s no point in stealing the ideas and imagery of another, as there is literally no payoff whatsoever.

When this depressing news broke, not for one millisecond did I ever worry about my work being stolen. Not for a millisecond. I mean, who would want to? Ha-ha-ha! No really, I’m serious, who would want to? The writing that was allegedly lifted was clever, full of depth; pretty adroit stuff. Hence why I’m fairly certain my work is safe. I made a conscious decision many moons ago to just be myself. I’m pretty sure I write as though I’m just having a chat, in a sing-song manner, flagrantly messing with the English language, using colloquialisms and expressions that I would use in my everyday life. Like this tosh here that you’re forced to read on a weekly basis on this blog. My books are written in a similar vein (I’m really selling myself, aren’t I?). Unless you came from exactly the same place as me, had the same upbringing, have exactly the same neuroticism and off-beat humour, you’d be pretty stupid to want to pass my stuff off as your own. I’m not saying I’m super–original or one-of-a-kind. In many respects, I’m ten-a-penny. One thing is for sure though, I don’t write Pulitzer Prize-winning stuff. I perhaps don’t have the tools that some of the great writers do. Or at least, I have the tools, but some of them are missing. I must have left my toolbox in the van overnight and it was broken into – and my most expensive tools were stolen. Shall I stop with the tool analogy now? Yes, I think I will.

I’m not talking about writing books in the same ilk as another (although it’s always best to be original). I’m not talking about fan faction either (although that’s pretty weird). I’m certainly not talking about recycling the odd word. God, I read books on my Kindle all the time and find a word that I just like the sound of (I tend to press and hold on said word [don’t you just love Kindles?] because I sometimes don’t quite know what said word means – give me a break, I’m a Cockney). But that word is then assimilated into my vocabulary. And then it’s as though I’ve always had that word in my arsenal – I just couldn’t find it before. It’s healthy to learn a new word every day and I hope to keep learning until I’m old – words like ‘insouciance’. Mmm, I like it. Insouciance. When I looked it up, it meant just what I’d hoped – and then I artlessly crow-barred it into my books at will. Words are free. Words belong to everybody. Sentences and paragraphs don’t. Your phrasing, your diction, your imagery – that really ought to belong only to you.

Still, it’s an interesting lesson that everything you put out there on the Internet is theoretically up for grabs (not my stuff – but decent writer’s stuff, you understand). Once that work is floating around cyberspace and you forget all about it, move on to pastures new – in time your work could be reused, and refashioned cleverly into something else. And what could you possibly do about it if that happened? Nothing. Most of us can’t afford to get lawyered-up. And the average plagiarist won’t have made enough money to compensate you if you did. My books, for instance, stem from ideas I had as a teenager. I can prove it; I have stacks of exercise books filled with my spidery, pretentious teenage writing. But prove it to whom? Who would listen?

I hope I haven’t been too flippant, made a mockery of what is a serious subject. I can’t help writing in this random, innocuous way – that’s what I do (copyright 2015). It must be a terrible thing to  happen to a writer and a difficult crime to prove. I’d be heartbroken. Writing isn’t always a tangible thing – it’s not like somebody stole your car. In a way, it’s worse. That lovingly crafted thing you created – that was your baby. And somebody took your baby and pretended it was their baby. Unforgivable. Your voice is only your voice. There is absolutely no justifiable excuse for taking that away from someone. Like I always say, writing is the painting of the voice.

PS: Sorry about my last sentence, but I can’t resist a good gag. Or any gag really.

PPS: Oh, could somebody please bring back my tools? I really need them…

22 thoughts on “Take These Words”