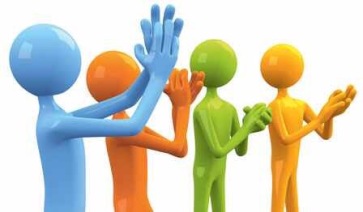 A couple of weeks ago, whist gorging on a huge chocolate Easter-bunny entirely to myself, I was quietly eavesdropping on my husband and his best friend. He had come over with his family to spend the Easter weekend with us. My husband and his friend are, I think it would be fair to say, very heavily into music. They were discussing the new Kanye West album and how appalling they felt it was. Now Kanye West gets his fair share of negative press these days and, love him or hate him, he kind of brings this general dislike upon himself because of his infamous arrogance. Always looking for an opportunity to put my oar in and give my two-pennies-worth, I pointed out that Kanye West had once been undoubtedly a very talented man and how it was a shame that he had fallen from grace. In the past he had put out some great tracks; Lost In The World, Love Lockdown and Gold-digger (well I think they were great tracks, anyway). Whilst being no muso, this didn’t stop me waving my now-earless bunny about in the air (to emphasise my point), and remarking how I felt it was very sad that a once gifted man had lost his way. Even though I was partially ignored by the two men, it made me think…can I spin this into a blog? And do you know what? I think I can.

I’m not actually here to talk about how good/terrible Mr West is (he’s just an example), but the conversation made me wonder how a loss of talent comes about. I think it happens when we’re remarkably good at something, people keep telling us we’re remarkably good at said thing, and suddenly our heads are turned – and we start to believe we are remarkably good at said thing too. Because people say so. That’s what I believe was Kanye’s downfall – his entourage or the people he surrounded himself with raised his opinion of himself; gave him a God-complex, bolstered and massaged his ego. And once that happens, whatever it was that made you gifted is suddenly suffocated and all you have to rely on is your conceit and belief that you are indeed wonderful. Which is why I’ve always adhered to the motto, ‘don’t believe the hype’. Because although arrogant people are often driven and sometimes (unfortunately for the rest of us) successful, remaining grounded is the only way you can maintain any real integrity. Once you believe you’ve reached your absolute peak, the top of your game, what is there left to strive for?

If we are now applying this principal to me (and let’s face it, it’s my blog and I usually do), I’d have to say I have always suffered with a fairly crippling lack of self-belief. I wouldn’t recommend this self-deprecating nature that I have, exactly, because it can be a bit of a barrier to achieving what you want to achieve. I’ve obviously always wanted to be a writer of some description, but the actual decision to share my work with the world came very late in life. I’d just turned 40 when I realised I couldn’t put it off anymore and that the fear of failure was just something that I was going to need to learn to overcome. Once you’re 40, you’ve already lived approximately half your life. You know your strengths and you certainly know your limitations. If I’m completely honest, I think I’m an ‘okay’ writer; nothing out of the ordinary, certainly not top of my game, but just about eloquent enough to get my point across. My main attribute is my sense of humour. I’m not the only writer in the world with a sense of humour, sure, but I try to use my quirkiness in everything that I do and as uniquely as I can. I’ve stopped trying to be something I’m not and use what I do have to my advantage. Because all I have to sell is myself (in a totally non-prostitute-type-way).

Now that my work is out there for pretty much anybody who cares in the world to view and judge, I have to say the response has been surprisingly positive. I felt quite sure I’d be torn to shreds by writers who are far better than me, but I guess the writing community isn’t actually like that. People tend to be supportive and give positive praise and feedback instead of negative; even offering badly needed technical tips (to my constant shame, I’m just not that tech-savvy). I get my fair share of criticism too, but that tends to come from closer to home (and I’m the one who chooses to place too much emphasis on my bad press, so that’s my failing). But mostly the reaction has been good. And I assure you, I truly appreciate it. However,  like I say -I’m in my 40’s and am quite familiar with all my faults, so I refuse to let it go to my head. I never allow my head to be turned. I’ve still a lot to learn and certainly a lot to prove.

I’m so glad I didn’t attempt to put my creative efforts out there to be seen when I was young. Even though I think I had potential, I certainly didn’t have the tools or the maturity to write anything of any great worth. I’m not saying that would be the same for anybody who happens to be young; some people are naturally gifted from a very early age – much more gifted than I am now. But it was certainly not the case for me. I’ve read back some of the stuff I wrote in my younger days and it was pretentious, self-indulgent sh*te (pardon my French). Perhaps it still is…eek. But that’s why I believe it’s sometimes dangerous to have too much success too early in life. When you’re young, you’re still learning your craft and if you are given too much too soon, then it’s easy, if you’re surrounded by the wrong people, to get too big for your boots. Having said that, Kanye isn’t that young anymore, so perhaps none of us are safe.

Anyway, I’m not here to Kanye-bash. I feel a bit sorry for him in some ways. In my eyes, if you once had talent, surely it can’t be completely obscured by your overly-inflated ego forever? Age and wisdom are going to have to prevail one day, right? I’m just saying, at least a modicum of modesty never did anybody any harm. It’s no good letting your self-doubt completely stifle your creativity either; I’ve definitely been very guilty of that. But sometimes it’s good to criticise yourself and take some of that praise with a pinch of salt. Are you really ‘all that’? Or are you just ‘that’? I try not to worry about it, as I intend on making a lucrative career out of mediocrity! Mind you, I have found that having a complete lack of any literary success whatsoever has always been extremely helpful in keeping me grounded. So you needn’t worry yourself about my massively out-of-control ego just yet.

20 thoughts on “Don’t Believe The Hype”