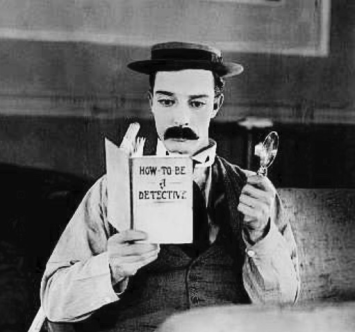 I’m feeling pretty darn chuffed with myself as I type this, I can tell you. I’ve just finished the corrections and editing of my new book (the second in a trilogy). But whooah-there, save your almost certain applause and launch-party planning! That does not mean it is ready for publication. Oh no, no, no. I’ve merely finished with my corrections. That’s all. And now I need the fresh eyes of somebody else; somebody objective who hasn’t read those same words so often they could recite them in their sleep, somebody who isn’t as close to this project as little old me.

A super-smashing friend recently offered to proof-read the second book for me. That is no mean feat. And it’s also a big ask of a friend (which is why I didn’t ask; she offered, thank God. And I nearly bit her hand off in my enthusiasm). Proof-reading a book really spoils your enjoyment of actually reading it (I would imagine. It spoils it for me and I wrote it); it must messes up the flow. But she offered. It was her idea. I swear it on my life. And I’ve sent it to her now so she can’t get out of it! Ha ha ha ha ha *laughs maniacally* (I’m joking, lovely friend, you back-out whenever you want. Just like my husband did with the first book)! I will always owe her one; I’ll probably need to give her a kidney or something. If she ever fancies a slightly addled one.

But what I really want to talk about today is the amount of errors one can accumulate in a manuscript. Bear in mind this book, when it hits Amazon Kindle, will be between 300-400 pages long. But still, it’s bloody insane the amount that crop up. I promise you, I have been through that novel with a fine-tooth comb, I’ve run spell-checks, grammar-checks and yet I know for a fact many more errors will be found. And I can’t help wondering why that should be? I’m not an illiterate person (at least I don’t think so, I may be so clueless that I just haven’t realised). My vocabulary and grammar are possibly better than the average man on the street – writing books has forced me to improve. Actually, my spelling is still pretty crap – but they say Shakespeare couldn’t spell either – so there. And I’ve got spell-check, so boo-ya! And yet, my most recent edit showed my manuscript still to be littered with errors. LITTERED! How have they escaped my notice before now? How?? No really, how???

I know the biggest culprit for the never-ending mistakes; it’s the process of editing itself. You read the book through, you chop out this and crowbar in that – the error is made, and you just don’t notice it. It could just be the simple fact that you make the following rookie mistakes (like I did and probably always will). Firstly you decide that your lead character, Flossy (for the want of a better name), should no longer have, say, a cat because you can’t be arsed to keep mentioning it (and then of course you forget and the cat makes a ghostly appearance even though it no longer exists). Secondly, your brain is working so much faster than your poor little fingers and invariably you inadvertently drop in a spelling or grammar mistake (even though, I promise you, I’m fairly adept at navigating my way around the English language. I know the difference between Pacific and specific and everything). But I bet even in this tiny amount of writing in this one blog post there is an error or two. Shall we look for them? No, actually – let’s not do that. I personally blame the elves. Like the ones in The Elves and the Shoemaker who come out and mess with things at night, except these little bastards are far less helpful.

I’m ashamed to say that when the first book was initially published on Amazon Kindle, even though I could have sworn it was completely clean, it wasn’t. There were still a few errors which I have since corrected and resubmitted the manuscript. So I apologise to all the earlier-readers who got a shonky copy. . . In actual fact, there are probably a few errors even now. And before you start, NO! Don’t tell me about them; I don’t even want to know any more! But that’s how hard it is to ensure a book is completely devoid of mistakes and typos. And that’s why some will hire a professional editor I suppose (which I am not about to do. I’m a realist, I have no intention of shelling out vast sums of money I will probably never recoup in book sales. I’m sorry but there it is. I’m a tight-arse. Deal with it). What’s more, I’m a self-published author. ‘Self’ being the operative word (well, me and my friends, anyway. They must do it for the love. And the kidneys).

Anyway, I’m quite certain there is still much work to do. But the plan is to release the second novel on the anniversary of my first one; at the end of January 2016 (no pressure super-dooper friend. The world can wait. In fact, it would probably prefer a delay. Nobody is beating down my door for a sequel the last time I checked). And then there’s book number three to edit next. But sod that for a game of marbles; I’m giving myself a month off. And then maybe at last I can finally put this book-writing episode of my life to bed. I’ll go off and do something more useful with my life; like whittle a kayak from an old wardrobe with a blunt butter knife. Which has always been my life’s ambition (it hasn’t).

NB: First batch of corrections are back! Um…feeling less chuffed now, let’s just say I’m going to be very busy for the next few weeks. Anybody want to run a used and slightly random blog for a while..?

15 thoughts on “The Error of My Ways”

@_erinoneill_ and her first friend Monty, finally meeting up again last night at her 21st birthday party 🥳 Swipe ➡️So cute! Where did the years go? Thanks for the 📸 @nattiewhy ♥️ #twentyone #oldfriends #firstbestie #ourbabiesarentbabiesanymore