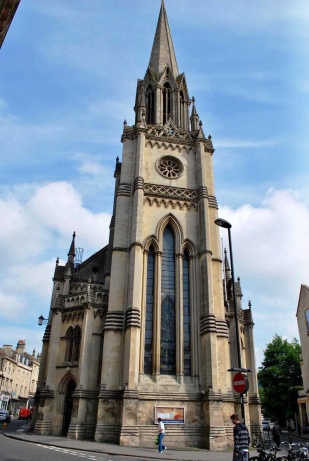 If you ever read this blog (c’mon, you do, don’t you?), you’ll know I joined an all-female choir a couple of months back. Well, since that time, we’ve been involved in a competition! So, I thought you might like to hear about my exciting experience of top-level, all-female, fight-to-the-death, choir face-off…type…deals…

As you will recall, we have been learning four songs since January; ‘Michelle’ by the Beatles, Rodger and Hammerstein’s’ ‘Oklahoma’, ‘Sahayta’ by Ben Allaway, and ‘Tread Softly’ – a Yeats poem set to musical arrangement by one of our clever choir tutors. I believe I may have bellyached a little bit in the former blog (really? Moi?) about how immensely difficult I found it to commit these tunes to memory (and when I say tunes, not the tunes you may be familiar with, but a harmony peculiar only to the Alto 1’s section of these melodies (and there were only five of us Alto 1s, so you couldn’t just mouth along silently or get it wrong) – whilst simultaneously listening to thirty-eight other harmonies going on at the same time [slight exaggeration]). However, with a great deal of practice over the course of eight weeks, I managed to sing all four songs relatively confidently. 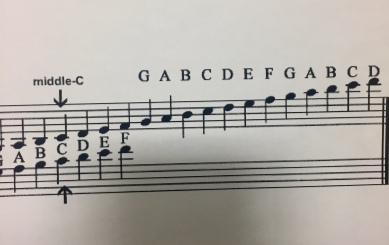 In those eight weeks I learned how to ‘note crunch’ – for me, at least, that means deciphering actual musical notes into letter-form, to learn the tune. Even though I can now recognise middle C, D, E, and F by sight, I still evidently can’t read music. But what I lack in musical talent, I make up for in not-liking-to-look-stupid-ness. Not that looking at a note in letter-form ever really conjures up the actual sound or pitch of that note in my head, but for some reason, having the lettered-notes jotted down underneath the actual ones in pencil always helps me to understand in which direction the musical score is going next. But by far and away the thing that really helped me turn the corner was when the class tutors emailed us recordings of them singing our particular sections. I have a good ear – especially for harmony. I can remember the things I hear far better than the things I see, so after this, I found the business of learning the songs by rote relatively straightforward. But please don’t think it was ever easy. ‘Oklahoma’ alone was twenty pages long to learn from memory (no sheet music allowed on competition day). Eeeek. 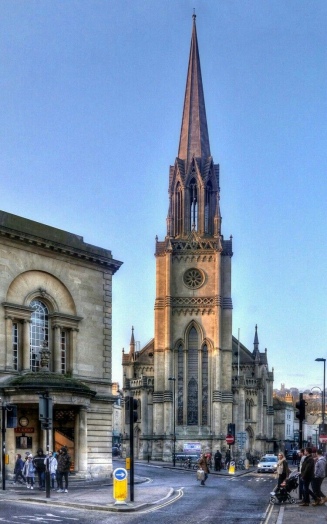 So, last weekend around thirty-five members of my choir converged in a small church in the city of Bath with seven other choirs in the morning (to sing two choir-standards) and five other choirs in the afternoon (to sing two popular/show songs). I was blown away by the standard of the other choirs. Not that I ever expected other groups to be sitting around week after week practising ‘Twinkle-Twinkle Little Star’ in unison – but they were gooooood. Really good. Obviously, all choirs were female, and all dressed in black, but all adorning a splash of identity; some with brightly-coloured scarves, some with necklaces of pure bling, some wore turquoise cardigans, some wore cerise cardigans (one group wore royal-blue, floor-length bridesmaid dresses – I still don’t know what that was about). Some, during warm-up,  even sported identical jackets with their choir name printed on the back (I really think we ought to invest in some boxing-style silky, hooded bathrobes for our choir next year, and enter the church ducking and weaving to the theme of ‘Rocky’). But our thing was colourful heels – leopard-print boots, in my case.  I’m going to refer to those other choirs by their ‘identity’ from now on – their bit of flair. I mean, I could go and look up the choir names, but that would require…y’know…effort.

I personally believe our morning set was good, but I didn’t think it was as flawless as we’d have liked. One of our songs required staggered and fast-paced clapping (oh my God, isn’t singing hard enough??!). And the adjudicator seemed to think our clapping was a little ‘dicey’ in places. I don’t know, perhaps she was right. Anyway, I was surprised and terribly pleased to hear we came second in the morning session, even after the ‘dicey’ feedback. 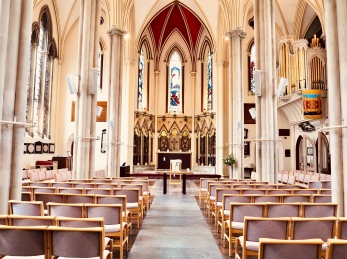 But I had always known we were REALLY in with a shot with our afternoon set (‘Michelle’ and ‘Oklahoma’ – particularly ‘Oklahoma’ due to its complexity, and five-part harmony). Like I say, every choir there performed to an astonishingly high standard – there was to be no smug gloating from me. But I think – if I’m honest – one choir did stand out a bit. These were ‘The Turquoise Cardigans’ (their real name is unpronounceable). I particularly liked their version of ‘On a Clear Day’. They really knew how to atmospherically fill a church. Mind you, there were thirty-thousand of them. And I know that because I had to clap for over two minutes whilst all of them ceremoniously trooped up on stage. They didn’t even fit up on stage. My hands were actually sore when I could finally stop politely clapping. But I knew just by their swagger that they were the choir to beat. And ‘On a Clear Day’ proved it. I think they also performed ‘Everything’s Coming up Roses’ which was also really good. 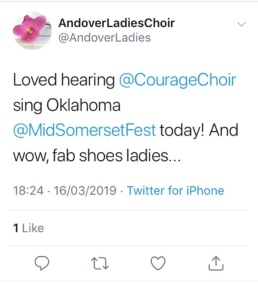 Then it was our turn. Battling hard to remember every word, every note, we performed ‘Michelle’ and ‘Oklahoma’. Both went well from where I was standing. But ‘Oklahoma’ had people (choirs and audience alike) bouncing around in the pews – I kid you not. I could actually see the choir conductor of ‘The Poppy-Print Scarves’ smile and sigh resignedly when we finished. Follow that, baby! The equally talented ‘Cerise Cardigans’ even kindly tweeted about our great afternoon performance later on Twitter (I do like choir-folk). It had gone well – very well.

Once all six choirs had performed, the adjudicator’s announcement was a bit of an anti-climax, to say the least. She didn’t announce any of the runners-up, merely the winners. And I’m afraid to tell you, readers, that wasn’t us. We didn’t beat those pesky ‘Turquoise Cardigans’. However, I only found out later that we came second. But it was a very respectable second, if you ask me. All the other choirs really were amazing, so I was thrilled that we did as well as we did; second in both morning and afternoon categories. BOOOOOMMSHAKALAK!

My husband, kids, sister-in-law, niece, and mother-in-law had all been spectators, but were a tad disgruntled. You see, they felt we should have won; ‘you woz’ robbed!’ they barked in Costa coffee shop later that afternoon (they really need to improve their grammar). Hmmm…I’m not sure if we woz, though (I mean, were). ‘Turquoise Cardigans’ were truly impressive. As were all the other choirs. There was only one point in it between first and second place. Maybe it was anyone’s game. And as a non-impartial choir-member; my attention entirely focused on remembering my individual part (a tiny cog in a large machine), I just couldn’t say. But I’m still massively happy with the result. And it only makes me more competitive for next time. If that’s humanly possible 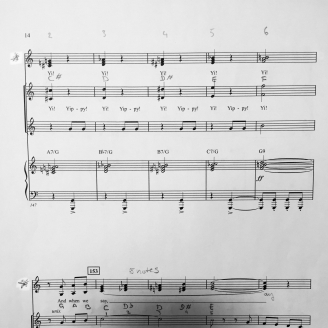 But all that’s water under the bridge now. Choir practice this week presented us with three new songs. So, I’m back to square one – where I started at the beginning of January. Flummoxed again; more note-crunching, more weeks of warbling alone in my bedroom (much to my cats’ delight – they really love a belted-out show tune). But this time, I have the benefit of experience. This time, I know those songs can be learned by rote in only a few weeks, if you put in the work. And this time, there is the added excitement of some SOLOS! Eeeek! Do I dare put my hand up for one of those, readers…? Well, you’ll just have to wait and see.

NB: If you were at the competition and I haven’t got some of my facts straight, please allow for A) my poor, nerve-wracked memory, and B) artistic licence. But I always try to give at least a passing nod towards the truth.

There’s a bit of pressure that one must celebrate a big birthday in an extravagant manner (especially due to past and possible future lockdowns). But if what you really want is to just do what you like doing with people you like, then it’s cool to do just that. So my 50th birthday was spent at @bodytechg_amour_fit_pt gym💪🏻, breakfast coffee and pastries ☕️🥐with daughter, mother-in-law and sister-in-law at @mokokocoffeebakery , lunch at @thaibalcony.bath 🥢with daughter, swanning around town, ‘yin birthday yoga’ with @yoga_with_kassandra 🧘‍♂️, face-time present opening with family and working-away-from-home husband🎁, cheeky takeaway burger 🍔 and movie at home. More low-key celebrations to come. 🙂🎈5️⃣0️⃣ #big50 #swipeleft⬅️