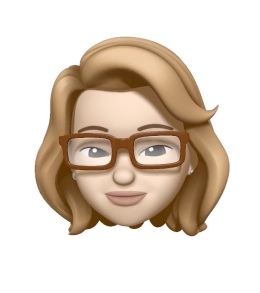 Is it just me, or was I badly brought up? Either way, I think it’s best to know your limitations; it’s easier on one’s fragile ego to just accept there are things you are painfully deficient at or in (whether it’s your own fault or your faulty upbringing). Of course, you should pat yourself on the back for the things you excel at too, but it’s no bad thing to be aware of your failings. And at the age of forty-six, I’ve become painfully aware of mine. I’ve chosen five of those deficiencies. I assure you, there are many, many, many more than five. But these are the situations in which I am unfailingly inept on a daily basis – and they’re all social situations. Surprise-surprise. 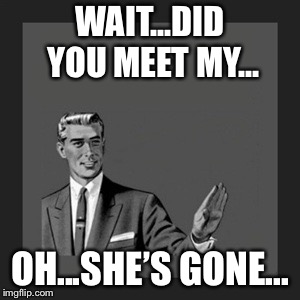 I have berated myself over this so numerously, you’d think I’d have improved by now, but I haven’t. Let me set the scene: You are in the company of a friend or family member, attending some social gathering (or you can just be merely walking down the street – the scene doesn’t really matter). You bump into another friend. You have a random – if slightly awkward – chinwag about how long it’s been since you last met and how you must do it again sometime. Then you bid your goodbyes and unthinkingly wander off, only to stop jarringly in your stride five minutes later, realising you hadn’t introduced the first friend to the second friend. In fact, you had momentarily forgotten about the first person’s existence altogether in that brief reunion. Unforgivable, isn’t it? And as a morally upstanding and fairly well-raised British person, you’d think this social courtesy would be second nature to me. But as a matter of fact, it isn’t. I pretty much make this mistake every single bloody time. I think it’s one of the reasons I don’t like to mix friendship groups. I always say that it spoils the dynamics you have with each person, as each friend is put on edge by not knowing the other friend (but really it’s because I’d be supposed to introduce everybody, and I’d inevitably forget).

I’m a superb guest. Go on, invite me to anything, and I’ll be a hoot; a complete scream – if I know you well enough, and I’m in a good mood, and I’ve had enough to drink. But give me the job of host, and it all goes horribly, horribly wrong. I think I just don’t know how to do it. I blame my parents for this (well, I have to blame somebody that isn’t me). When I was a kid, we didn’t have dinner parties; we didn’t really have people over at all. So I never got to the bottom of the social complexities of hosting a gathering. I never quite know what my role is supposed to be. I can’t be a comedian or a clown (which is the usual go-to role), because I’m fairly certain I’m supposed to be too busy checking that everybody is enjoying themselves; that they are well-fed and watered (and have been properly introduced to everybody else – which I’ll have doubtlessly forgotten to do). At what intervals are you supposed to offer each guest an alcoholic beverage? How many times do you offer someone an alcoholic beverage before you become cloying and annoying? Is any empty glass your cue? Would they rather make their own? Can’t they just make their own? Is it time to start offering hot drinks now…? When will this be over…? And you can’t exactly just get drunk to calm your nerves, because you know your hosting duties will go right out of the window if you do. We once hired a hall for my husband’s fortieth birthday party. It was my friend’s birthday on the same night, so I’d arranged a ‘face-cake’ for both of them. But the whole evening (and the numerous responsibilities it placed on me) began to fill me with anxiety. So I got drunk. And I forgot about both birthday cakes. Then my friend (who’s birthday it was) left. And I had to go around her house the next day to shamefacedly give her the face-cake without the big audience she was supposed to have had. You see? It’s not good, is it? And as you’ve already seen, I’m also sh*ite at dinner parties and BBQs – you just ask my friends. It’s the main reason we don’t do much of the hosting in our social circle. Perhaps I should just offer up the house as a venue, put out food and drink, and tell everybody at the outset to help themselves. Because I won’t be able to. 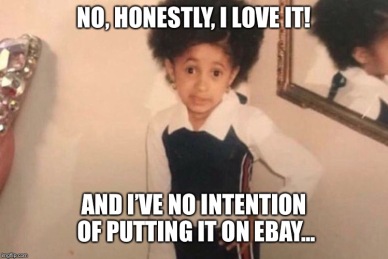 Again, do you think it would be fair to blame my parents for this? Because I just don’t know how to do ‘gratitude’. I’ll give you some context: I am given a very nice present. In fact, whether the present is nice or not is neither here nor there. I just don’t how to show that I’m grateful for that present. And usually I am grateful. I really do appreciate said present and the time and the thought that must have gone into choosing it. But I don’t know how to show it. So what I do instead is feign an incredibly over-acted attempt at gratitude – which is completely and obviously faked. Like I say, invariably I do like the gift, but I’m so concerned that I won’t be able to show that convincingly that I over-egg the ‘thanking’ process. And you can see the giver of said present’s eyebrows begin to arch, suspicious at your ridiculously ingratiating raptures of delight over the receipt of their gift. And its super annoying because I HATE ingratitude in others (you should see the contempt my husband is quite comfortable displaying on receipt of some of his unwanted gifts – it’s embarrassing). But I just do the complete reverse, which is probably worse. Honestly, I should just go and live in a cave.

Nope. This is a no-go, and I’m most certainly blaming the pezzers* for this. You could be one of my best friends in the entire world, but if I haven’t seen you for a while, or I meet you without expecting to see you, I’m definitely on dangerous ground. What am I supposed to say? ‘Um…how are you? What have you been up to lately? How’s the family? How’s work?’ (yes, yes, yes, and yes – you should probably say all those things, but because I’m crap at small talk, I can never summon up any of those phrases, and if I do they come across as staged and awkward). So there is usually a stilted and protracted silence instead. One of the worst scenarios is when you meet a friend you weren’t expecting to see at the Doctor’s Surgery, and you say (for want of a better idea), ‘what are you doing here?’. They’re at the Doctor’s Surgery. It’s none of your business and it’s probably confidential. And I work in healthcare so I should know better. But I don’t.  I’m shaking my head as I read this; I’ve done this more than once.

5: Cooking for more than 4 people (particularly when those extra people were not expected):

I’m not a terribly imaginative cook (though I’m better now I eat less carbs, I have to be). Cooking for a family of four on a nightly basis was something that didn’t come naturally to me (luckily two of those family members started out as babies so I had time to learn). There are a bunch of recipes I’m quite comfortable with, so I cook those. But sometimes, we have visitors. And visitors means doubling, tripling, or even quadrupling your ingredients. ‘Simple Mathematics!’ I hear you cry. Shut up, you know-it-all, it just isn’t! Simply multiplying the ingredients to cater for a greater amount of people never seems to work. The meal just doesn’t taste the same – the seasoning is all wrong…or something. Whatever it is, that usually fail-safe dinner becomes a bit of a disaster. Your dinner guests glance at each other in silence, then at their plates, secretly judging you and deeming you a bad cook. But I’m not! It was just the multiplication of ingredients that f*cked it all up! I swear it usually tastes bloody amazing! And if those visitors were not expected at all, and I simply haven’t the right amount of ingredients available in the first place, then I go into complete meltdown. Some people have no issue with these sudden changes from the norm; they just have a rethink and calmly cook something else. But I’m just too rigid (or too slow) to adapt *sigh*.

So, the question is, shall I just stop going outside altogether? I think it might be wise. I’m looking back at this list and thinking I might actually have some kind of diagnosable problem. I want to be a carefree social butterfly; the perfect, genial host – like some of my friends – but I’m not. Yes, I’m a self-confessed introvert (who’s pretty good at hiding it…I think), but that doesn’t answer for my complete lack of social grace. I’m English; I’m English and I hate rudeness and those that are inhospitable. Why am I not better at these things? Why can’t I improve, at least? I’m very much hoping for a stream of comments, shouting, ‘oh my God! I’m exactly the same!’, but I’m fearing the worst today. It might just be me. But if you ever do find me a bit rude or standoffish, remember that I’m painfully aware of it and I just don’t know how to fix it. And I know what you’re thinking, ‘I am NEVER going around Adele’s house again…’. But don’t write me off completely, I do have my good days. Just come on in and make yourself a cup of tea – because I will probably forget to ask you. And remember this as well, if I’ve allowed you in my house at all, I probably like you (unless you’ve just come around to read the electric meter, I don’t even know who you are).

NB: Sorry parents; I’m sure it’s all my own fault

*pezzers = parents (fairly new to my vernacular too).